The medical cannabis industry around the world

We take a look at the cannabis industry around the world and how different countries deal with medical marijuana legalization.

byCBD Incubator
4 minute read
Some links in this article may be affiliate links that pay us a small commission on qualifying purchases.
Total
0
Shares
0
0
0

A number of countries around the world have already approved or allowed medical cannabis sativa cultivation or handling. In order to become fully compliant, companies must meet stringent standards of quality and safety, which include inspections and licensure. The industry in Europe is growing rapidly, with Denmark on track to become one of the top medical cannabis producers in Europe, with more than 200,000 square meters of cultivation space under the GMP and GACP framework.

In North America, California and Washington state, the cannabis industry is still in its infancy.

The European medical cannabis industry is a growing one. Changes in the legal and regulatory landscape have facilitated access to quality products for patients and eased the path to establishing distribution and marketing businesses. But there is still a lot of competition in this rapidly evolving sector. While some countries are already offering pharmaceutical grade products, others are still in the experimentation stage. It’s essential for companies interested in operating in Europe to have experience in dealing with rigid regulations.

Malta’s Medicines Authority evaluates technical documentation and issues authorisations to import and distribute products. Importers may only import finished products if they meet all of the local regulations. The country’s Cannabis Industry Portal is a good source of up-to-date information about the latest trends in the industry. It also provides information on the number of grower licenses granted by the government.

The growing popularity of recreational use has fueled demand for products in this segment. Legalization of marijuana for this purpose in countries such as Canada and the U.S. has increased patient acceptance. Low pricing and easy access to the product have also influenced patient preference for this product including the growing of high cbd marijuana seeds at home for medicinal use. Moreover, Canada is expected to show the highest growth rate in the industry, owing to the availability of raw materials and the increasing awareness of proper dosage forms.

The North America medical cannabis market report identifies major trends, challenges, and opportunities in the industry. It also discusses key players, market size, and competitive landscape. The report also discusses the key geographical segments and how they are driving the industry. The report also outlines the market’s future prospects. For companies looking to capitalize on the growing demand for cannabis, the report is an essential tool. It will help them identify the right opportunity to expand their operations.

The Medical Cannabis industry in Latin America is quickly growing. Uruguay, a country with a long history of cannabis prohibition, is leading the charge with its legalization, sparking a wave of liberal policies throughout Latin America. Other countries following suit include Argentina, Brazil, Chile, Mexico, Peru, and Uruguay. These countries have all passed regulations decriminalizing cannabis and CBD products. With the proximity to major consumer countries, the region is primed to lead the field.

The largest country to benefit from the industry is Colombia, with a market valued at USD$31 billion. The medicinal cannabis industry in Latin America is still a relatively young industry, so it has the potential to cover significant ground before its competitors can catch up. In Colombia, for example, struggling oil prices have lowered export revenue. The medicinal cannabis industry offers a much-needed opportunity for the country to diversify its economy and reduce reliance on natural resources.

The emergence of a legal medical cannabis industry in Asia has long been anticipated. The region is currently the only continent to legalize marijuana for medical use. Thailand is the first Asian country to have done so and a medical marijuana tour of eight provinces is planned to begin next year. While the legalization of cannabis in Thailand has faced criticism, top government officials in Singapore and Indonesia have stressed their “zero-tolerance” stance towards marijuana use.

Many investors are hesitant to bet on this industry because of the stigma attached to the plant. However, in countries like Japan and China, the legalization of cannabis is widely considered to be a life-sustaining business during a crisis. But the global COVID-19 outbreak threatens to set back the cannabis revolution in Southeast Asia. The COVID-19 outbreak has also resulted in a decline in cannabis prices. But despite the risks and potential of a legal cannabis industry in Southeast Asia, it is growing in popularity worldwide.

While China and Singapore have begun to legalize marijuana, other Asian nations have not done so. China and the Philippines have both been involved in medical cannabis research, while Japan is one of the largest legal cannabis markets in the world. The Philippines and Singapore are also expected to become major consumers. In the coming years, China and Japan are likely to be the largest recreational cannabis markets in the world. The growth in legal cannabis in Asia is likely to accelerate if social attitudes shift.

The first step towards legalization is ensuring that the UK’s healthcare system supports the medical cannabis industry. Cannabis is currently illegal on its own, but can be prescribed by a doctor, either privately or through a specialist consultant. The complex process of preparing a prescription for cannabis will result in a greater cost for both the patient and the payer.

In Germany, however, pharmacists are now permitted to charge tariffs for cannabis, which reduces their markup when dispensing the drug. Similarly, the UK medical cannabis industry cannot hold stock of any kind of unprocessed cannabis, but must prepare bespoke prescriptions for each patient. 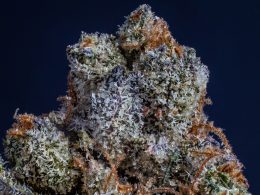 We take a look at 7 potential health benefits of cannabis and how you can use cannabis to feel better in your daily life. 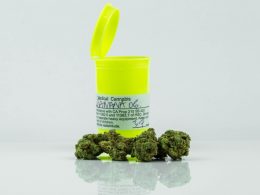 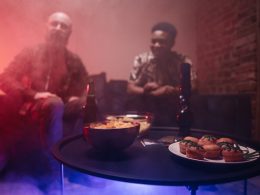 How Weed Can Help You Lose Weight, According to Science