Can you travel with CBD?

Recently I was lucky enough to try out a number of Diesel Hemp’s CBD flower strains. If you’re on the lookout for an intensely aromatic and enjoyable alternative to cannabis, I highly recommend that you check these guys out.

Below you’ll find in-depth reviews of the two strains that made the biggest impression on me. Abacus Diesel, which offers a blissful unwind, and Cherry Abacus, my new fun, friendly, fruity daytime strain. 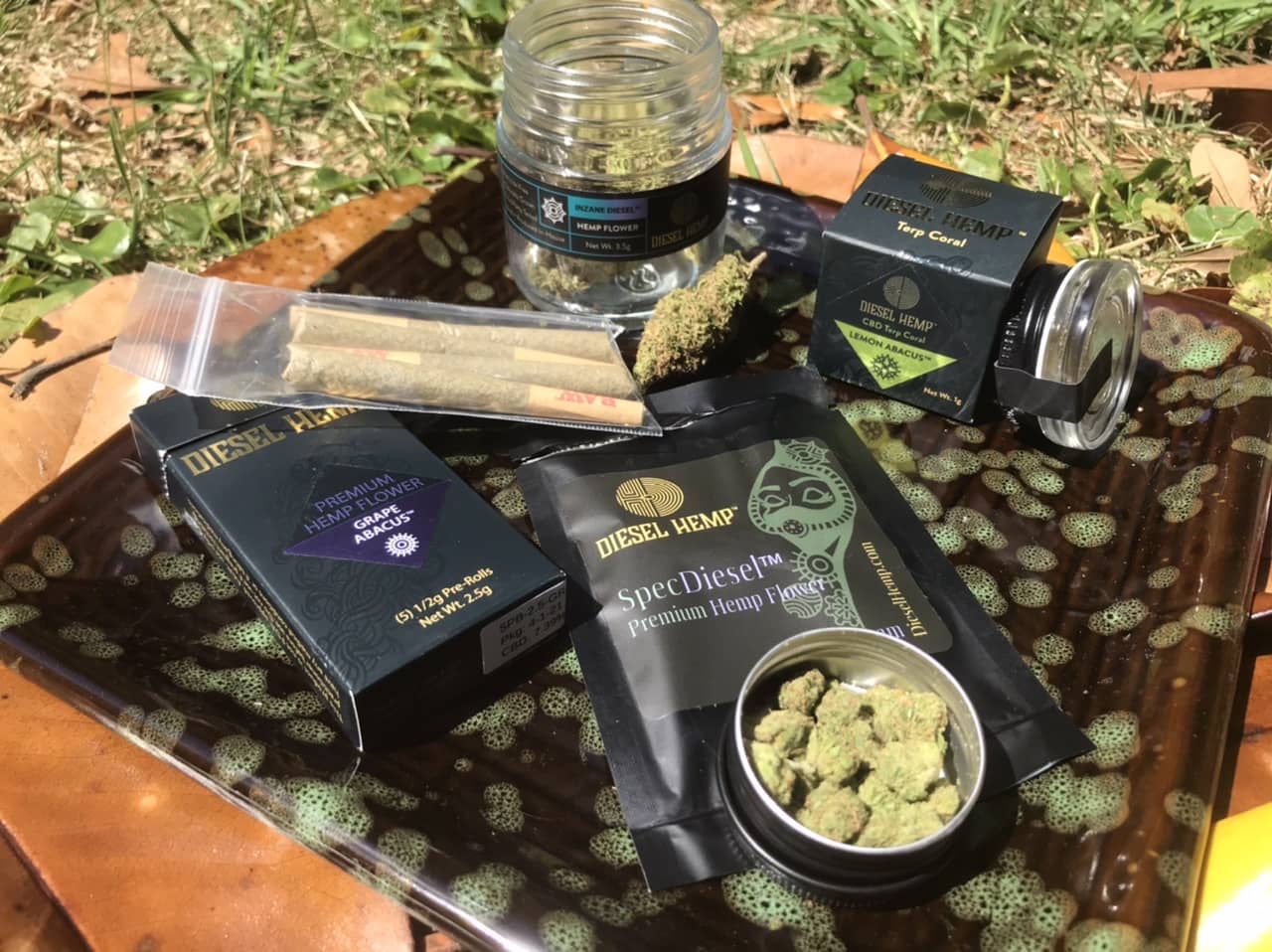 My experience with Diesel Hemp

The packaging is not only beautiful, sleek black with gold detail and just a hint of color, but it’s also high-end. Everything is boxed and there isn’t a baggy in sight (apart from inside the cartons of pre-rolls). Then, inside the boxes, Diesel Hemp has opted for metal tins and glass jars that preserve the integrity of the delicate trichomes of the flower much better than a bag ever will.

The eighths of flower (3.5g) also have child-proof black lids, which is very handy if you share your home with curious children folk. The crumble and shatter also came well presented in small glass jars and the king-size (1g) pre-roll came in a glass tube, which I’ll definitely find more use for.

The 0.5g pre-rolls are kept fresh inside small plastic baggies, inside of cigarette-like cartons so they don’t get crushed and the one grammers are also nicely packaged in small plain black metal tins, sealed inside packets that identify the strain.

⚠️  The only thing is… I had to keep the tins inside the packets so that I didn’t lose track of which one was which, so it would be nice to have the tins labeled with the strain name in the future.

Following a quick show-and-tell and smell-a-round with my family and friends, I challenged a few neighbours and friends to see if they could tell the difference between this flower and the high-THC cannabis they’re used to smoking and, as I expected, not one of them could 🤯

Over the month of May I tried a number of Diesel Hemp strains including:

After smoking each a couple of times, the two that I found myself most drawn back to, over the others, were Abacus Diesel and Cherry Abacus. 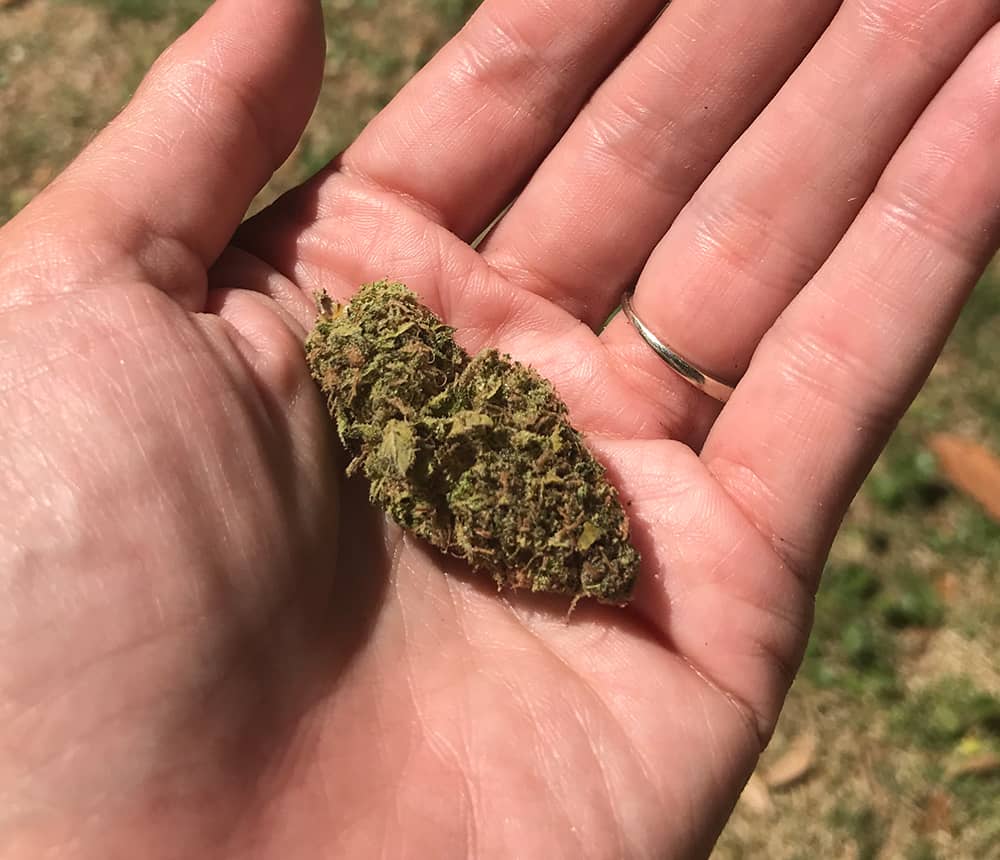 Smells like: For cannabis-lovers, there is no mistaking the heavy diesel, skunky-funky smell that hits you as soon as you open up a jar of Abacus Diesel. I have to stick my nose right into it every time. I love it.

Looks like: The buds are decently sized, light-green, and springy with brown hairs interspersed amongst the well-trimmed leaves. On closer inspection, you can see the Purple Urkle heritage shining through as there are definitely hints of purple pulling through the more hairy sections.

The fluffiness of the buds makes it really easy to tear them up so I didn’t even need to use my grinder and as you break the buds apart, they open up to flecks of almost-lime green towards the bud centers.

Tastes like: The flavor lands instantly and heavily on the back of the tongue, offering an intensely aromatic hit that is super-gassy and earthy. When inhaled, combined with the olfactory pungence, it feels slightly tingly, almost sparkly in the throat. I found it to be an incredibly enjoyable hit but it’s certainly not for the faint of heart.

Feels like: As expected, this terpene-packed strain had noticeable effects almost immediately. After taking a just few tokes, I felt uber-relaxed (mind and body) and wonderfully content with body buzz tingles all over. For me, this is definitely a great strain for switching off and watching a movie before bed because after smoking it, I didn’t feel like doing too much thinking.

Instead, I surrendered to the serenity and wouldn’t be surprised if I’d fallen asleep later that night with a smile on my face. 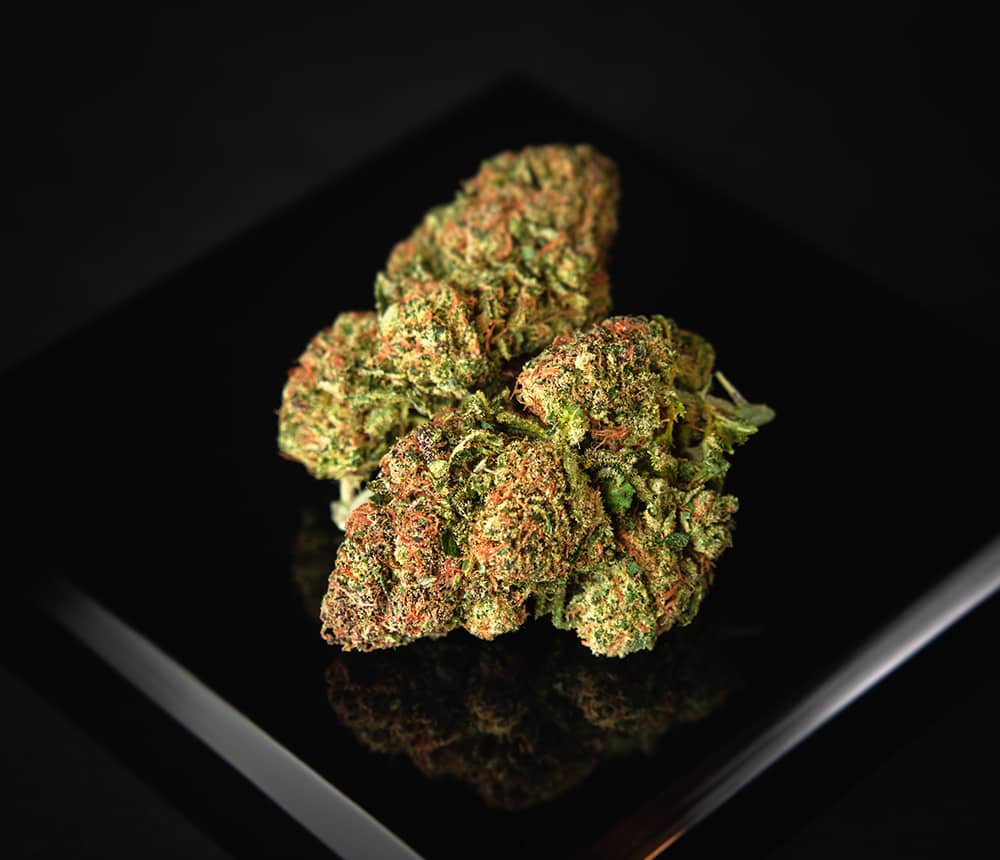 Cherry Abacus was the first chemovar I tried out of the entire package (the king-size pre-roll of course). Little did I know, at the time, that this would end up being my firm favorite.

Smells like: These buds aren’t quite as pungent as the Abacus Diesel to the nose, but they’re still gassy and deliciously piney and berry sweet.

Looks like: These buds are noticeably smaller than the Abacus Diesel and they’re also a lot more dense. They’re vivid green with orange and purple hues. The hairs are a lighter tan in color and the trichomes glisten like gold on their surface.

Tastes like: Cherry Abacus offers an incredibly smooth hit that is just as you expect it to be from the smell – warm pine with a slightly sweet and fruity finish. I’ve seen this strain likened to cherry cola and when I think hard about those aromas during a deep inhale, I think I can taste it too.

Feels like: That first king-size joint was washed down with friends and a few beers, after dinner. The atmosphere was relaxed, chatty, and informal, and we played a few dice games after the joint was through.

Being “in the moment” like I was, it was hard to appreciate any immediate effects from smoking the joint, although everyone around the table appreciated how tasty it was and we were all clearly in the mood for doing something as it’s not every night that we play games.

The next time I smoked it (beer-free this time of course) was a few days later in the afternoon and initially I felt washed over with a wave of calm. I felt relaxed, but not in a lazy way, more of a free and easy-going kind of way.

At first, I was content to sit and listen to the birds chatter around me, but after a few minutes, I felt energized. This chemovar charges me up with a sense of creativity that entices me to play, draw, or write, every time I smoke it.

I researched the terpene profile of Cherry Abacus and, to no surprise, found the dominant terpenes to be myrcene (relaxing), and beta-caryophyllene and pinene, both of which are known for focus and creativity. I always have great fun when I’m smoking this strain, whether I’m on my own or with friends. 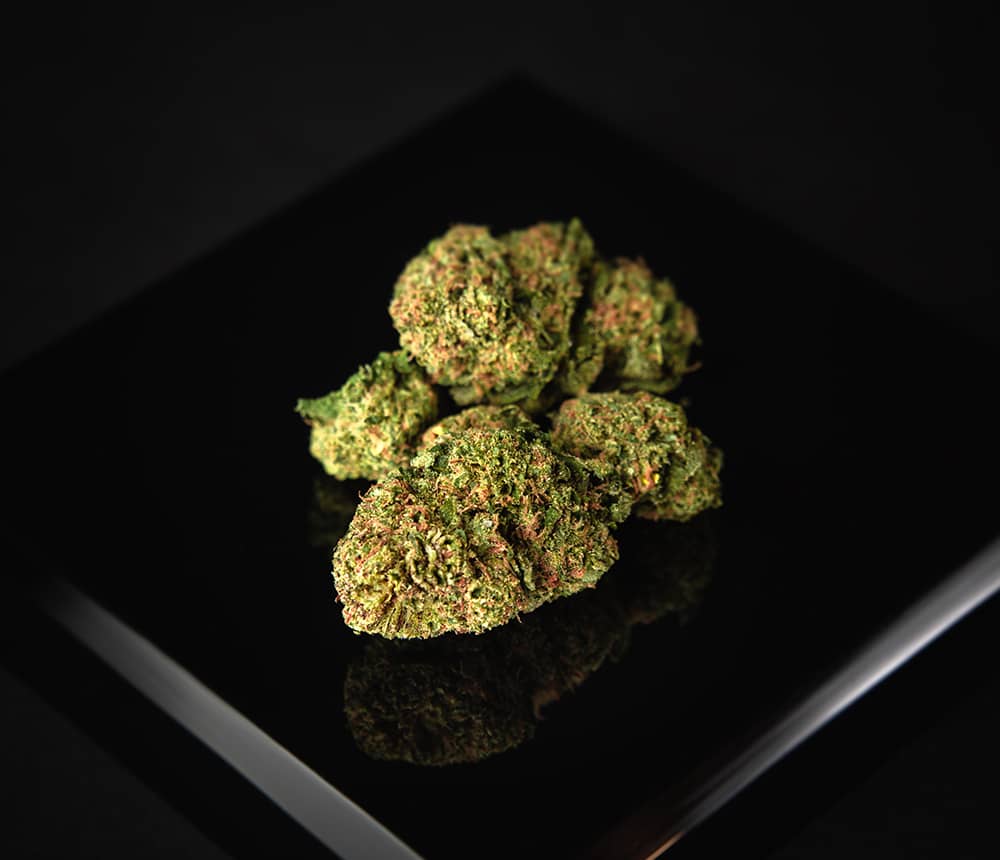 They now have a number of pungent strains that play with this signature gassy aroma, including Cherry Abacus, Grape Abacus, Lemon Abacus, SpecDiesel, Inzane Diesel, and Spec7.

All of their flower is indoor-grown from their proprietary genetics and each strain is hand-selected for its distinct and potent terpene profile.

Use our special 20% discount code CBDINCUBATOR20 and get your Diesel Hemp order at a better price.

On the more expensive side