CBG Vs CBD: The Differences

These days, the majority of educated people are already aware of CBD along with its benefits to both our physical and mental health.

Not so many people, however, are aware of a growing trend and demand for other cannabinoids such as CBN and CBG flower.

The amount of research being carried out on cannabinoids is increasing all the time and although some studies date back to the 1990’s and beyond, further investigation into the potential of CBG is high on the scientific community’s agenda.

While CBD is far from being old news, CBG flower has stepped into the spotlight next to CBD and is set to be the next big thing in the world of hemp and cannabis medicine.

Smoking CBG flower is noticeably different from smoking CBD flowers. Both the effects and flavors are much more subtle and soft.

If you are used to CBD, you might feel like nothing is happening at first before you get a slight increase in focus and mental clarity. If the effects are too soft, you can mix CBD and CBG for a more potent combination.

What is CBG Flower?

Many people are asking, what is a CBG flower?

In short, a CBG flower is a hemp or cannabis bud that has been specially bred to contain particularly high concentrations of the cannabinoid, CBG, as opposed to CBD or THC.

CBG is often referred to as the “mother” or “stem cell” cannabinoid due to the fact that it’s a precursor to other cannabinoids.

Like other cannabinoids, it interacts with our body’s endocannabinoid system to affect physiological and cognitive processes such as pain response, mood, sleep cycles, memory, and motor functions.

It’s safe to say that there’s a lot of excitement about the potential of CBG and it’s predicted to be hitting the shelves just as hard as CBD in the near future. 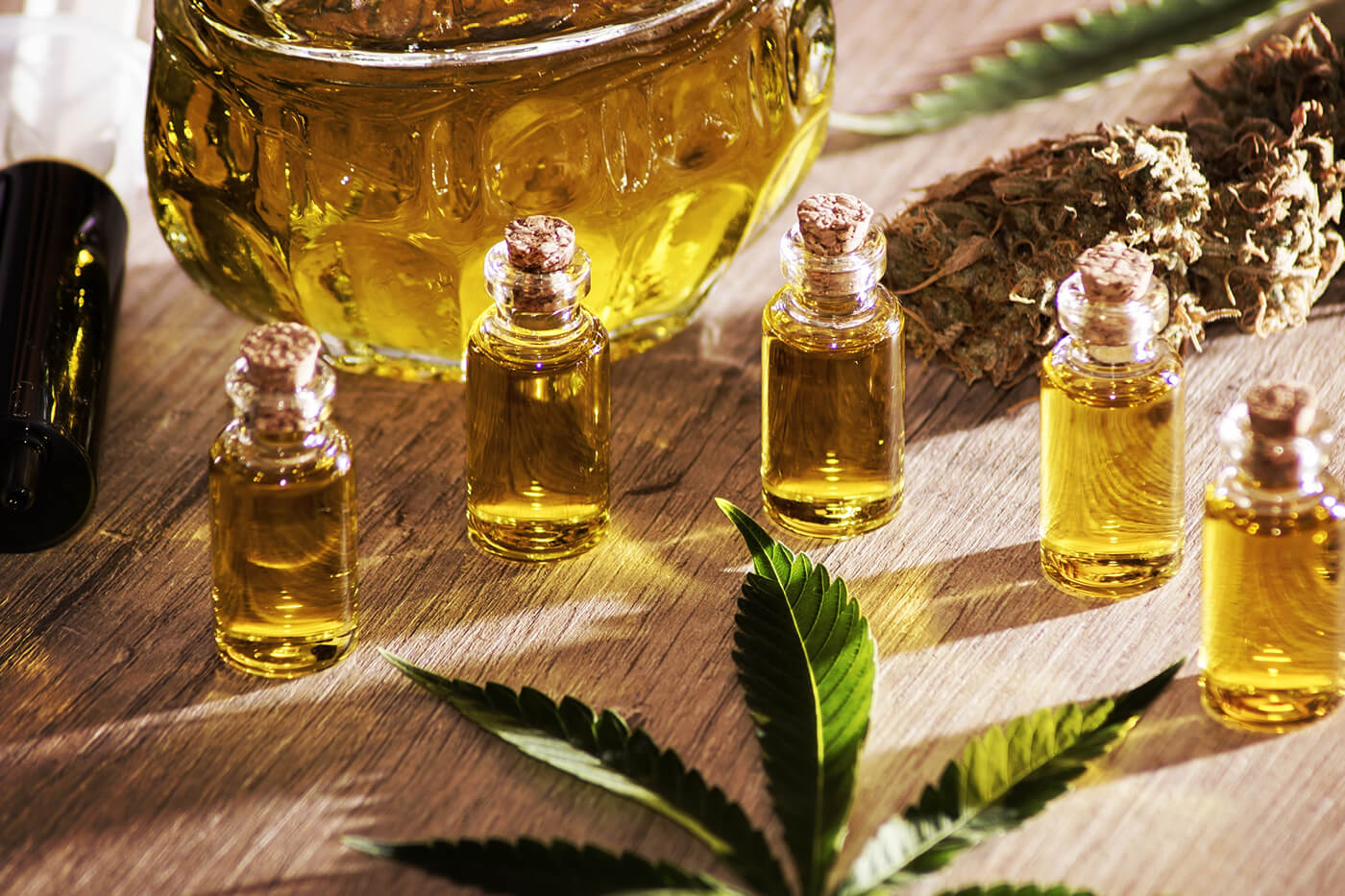 Evidence from laboratory studies, both in-vitro and in animal models, suggests that, like CBD, CBG flower effects are potent and wide-reaching.

This is likely due to the importance of the endocannabinoid system and the role it plays in keeping our body running both effectively and efficiently.

CBG can help to stimulate your body’s production of anandamide, our body’s native cannabinoid which is often referred to as our “bliss” chemical. Increased levels of anandamide will boost your mood and feeling of wellbeing.

It also inhibits GABA uptake – GABA acts as a neurotransmitter which attaches itself to receptors in your brain.

It helps by inhibiting the uptake of this amino acid leads to increased levels of serotonin and GABA in the brain, which results in tension relief and a sensation of calm for the body and brain.

Many prescription anti-anxiety medications are based on this model for treatment. GABA is also thought to help prevent seizures.
Read about the best CBD strains for anxiety

It has also been found to be an extremely effective antibacterial and antifungal agent making it a critical focus in further research for combatting potentially life threatening staph infections, such as MRSA, which are resistant to antibiotics.

5 – CBG is a Neuroprotectant

It is also widely thought to be able to help conditions such as Huntingdon’s Disease due to it’s potent neuroprotective properties.

Even early studies of CBG (such as Ethan Russo’s back in 2010) found it to be effective in treating pain and inflammation, but until recently it was only found in much smaller quantities within the plant and therefore wasn’t given as much attention as other cannabinoids.

The usefulness of CBG doesn’t stop there, however, as it has also been found to inhibit the growth of cancer cells and reduce the effect of colitis. Unlike CBD, CBG also relieves intraocular eye pressure, making it a potential novel treatment (along with THC), for glaucoma.

Read more about the effects CBD has on pain

Read more about the effects CBD has on inflammation

So now you know what CBG flower is and what it can do, here are the answers to some of the other most common questions we get asked regarding CBG:

What does CBG stand for?

CBG stands for cannabigerol. It is one of over 100 cannabinoids that have been identified in the hemp plant.

Does CBG get you high?

No, CBG can’t get you high as it isn’t an intoxicating substance. In fact, as long as your product is derived from hemp, it should never be able to get you high as hemp only contains trace amounts of THC (which is the compound responsible for making you feel high or stoned).

How do i get a CBG product?

You can check out your local dispensary but the easiest way to find CBG flower for sale, is online. As with all hemp flower, be sure to hunt down a clean and organic source that offers third-party lab results to verify the cannabinoid content of their products.

There are currently a few brands that sell CBG flower in their online stores. You want to watch out because a couple of brands list CBD flower that has a higher than normal CBG percentage as “CBG flower” when that isn’t necessarily true.

Always check the COA (certificate of analysis) before you make a purchase. If the company does not offer you a COA you should look somewhere else.

These are the best CBG strains right now. 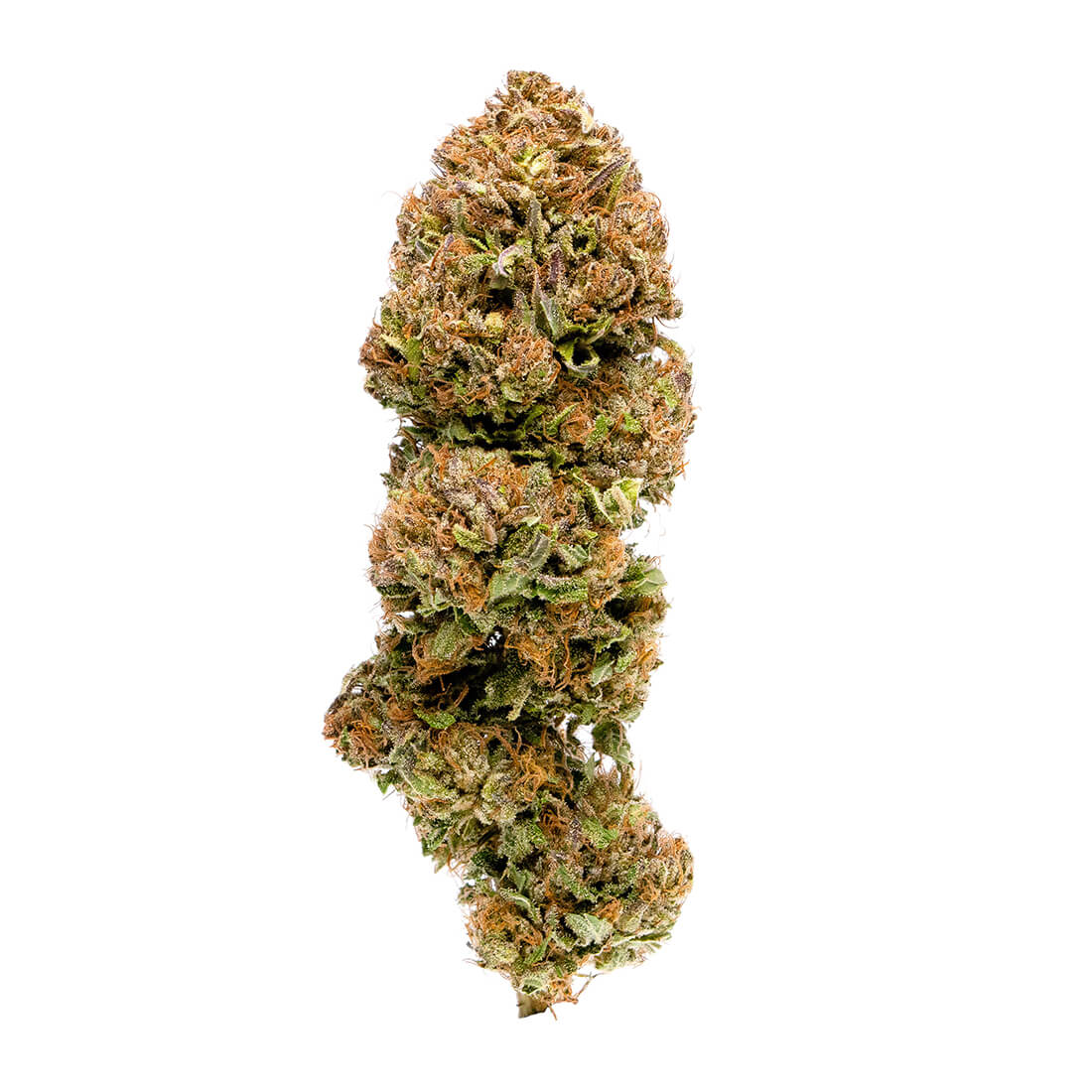 Pure fire! This is a mellow and relaxing strain with creamy and citric flavor. The effects are lingering and very uplifting. A perfect strain for waking up and getting the day started.

The most beautiful buds of any CBG flower I’ve seen. Highly recommended! 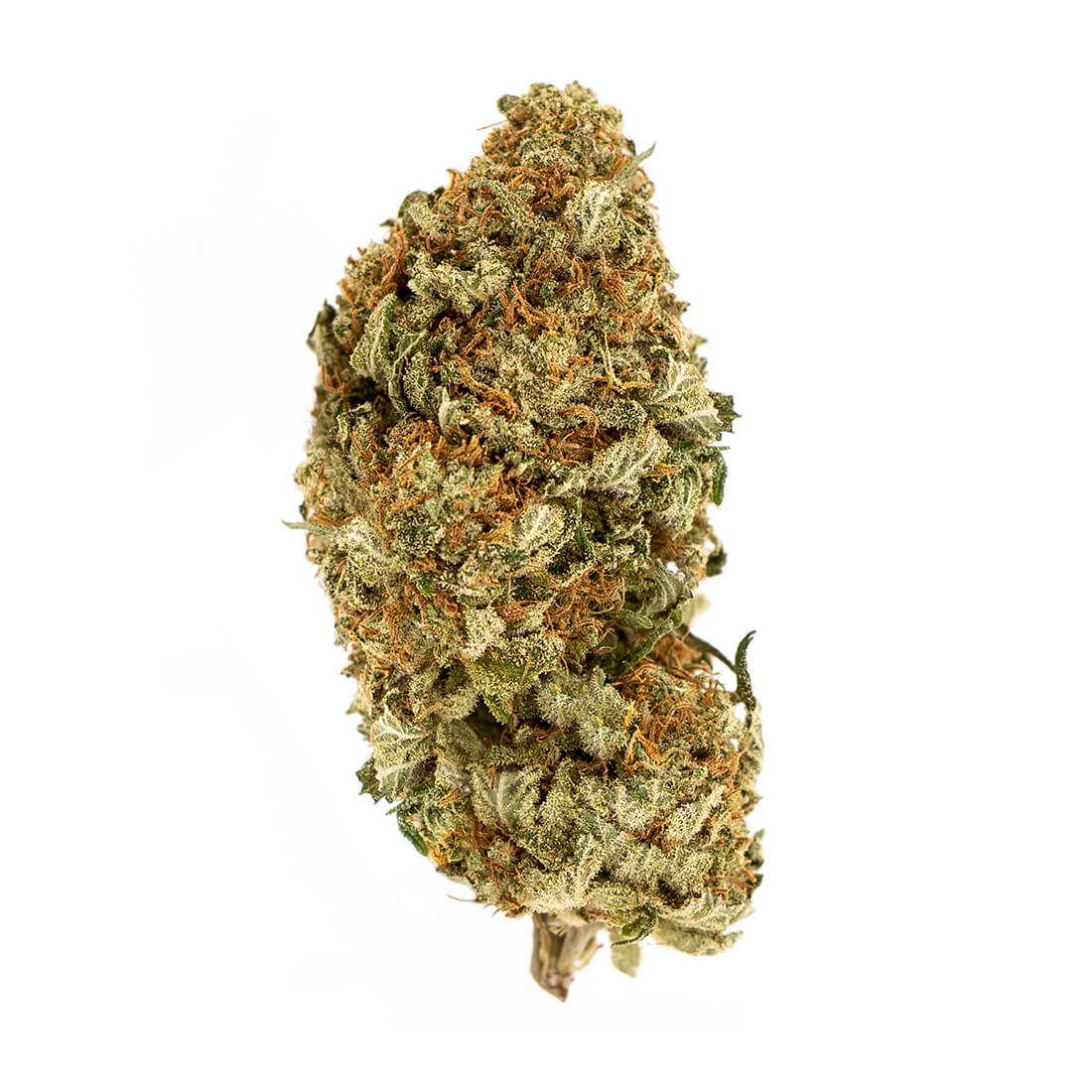 Sour G may be the most focusing and uplifting CBG strain available. It’s a very dank and gassy strain with heritage from the classic Sour Diesel CBD strain.

It gives a feeling of mental clarity, focus and calm that I recommend smoking in the daytime. Mix it with Hawaiian Haze for a boost of energy and flavor. Highly recommended for it’s effects even though it’s not very high in cannabinoids. 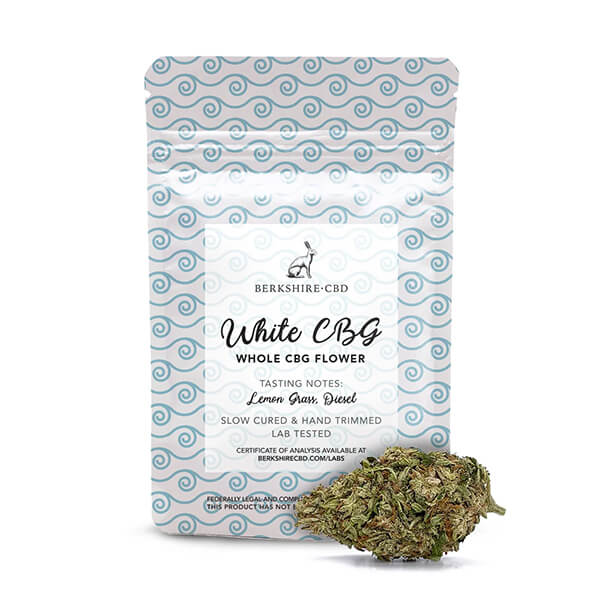 White CBG from Cannaflower is a potent CBG hemp strain that helps you feel a calm that is noticeably different from CBD.

The effects are very smooth and quick acting. Expect a mellow relaxation that starts in your body and works its way into your mind. 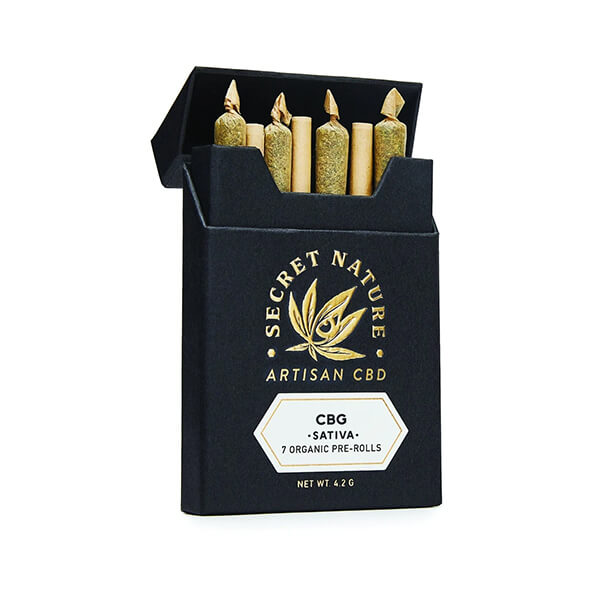 Expect an uplifting and relaxing calm from these indoor grown CBG pre rolls.

The pre rolls have a soft flavor profile that is not too exciting but it more than makes up for that with its effects. Although it’s a sativa strain, CBG Rich is very relaxing to smoke. You’ll experience a sense of focus and clarity in your thoughts while removing any jitters or anxiety. 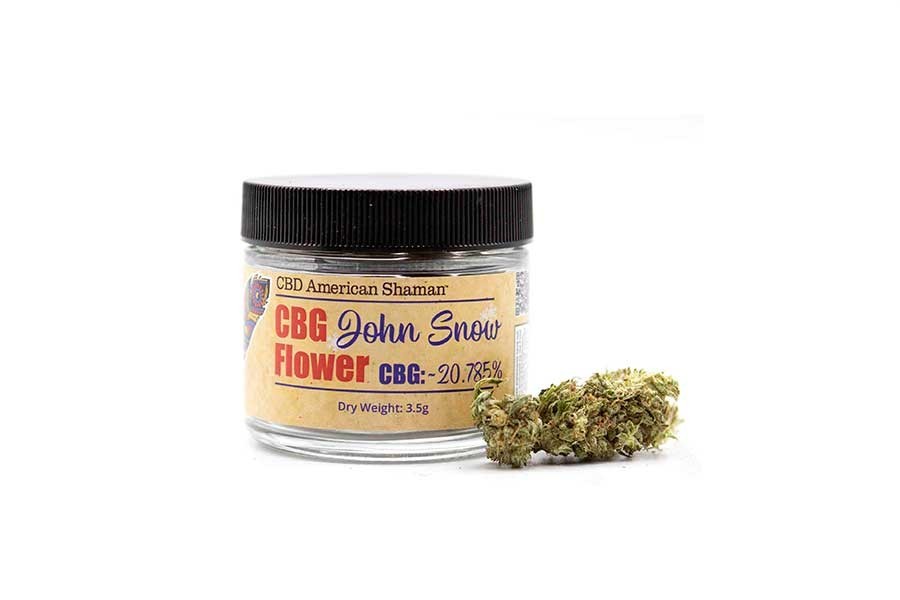 It’s a premium quality strain with a high CBG percentage. Grown on small farms using sustainable farming practices with lab tests on the final product to ensure no pesticides or heavy metals are present. 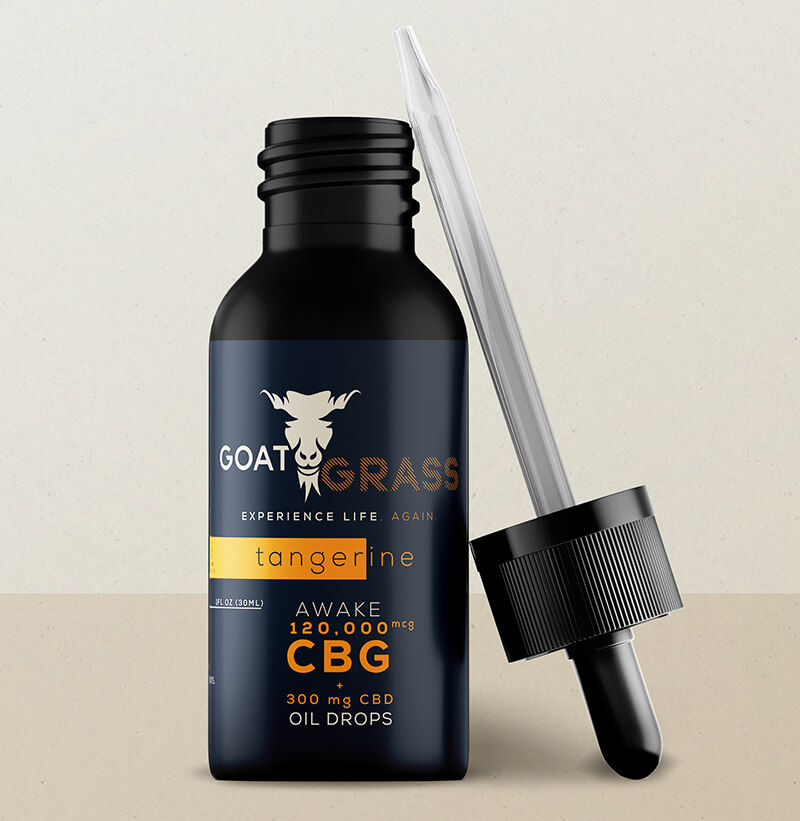 If you want to experience CBG but don’t want to smoke hemp flower, GoatGrass offers you a great alternative in the form of a CBG tincture.

As with all oils, the onset is slower than smoking but the effects are longer lasting and more subtle.

The CBG oil is a perfect morning supplement that gives you a slight boost in mood while increasing focus and removing cloudy thoughts.

Looking at the list of benefits of CBG flower, it’s easy to see that CBG and CBD have a lot in common. CBG, however, has been found to be slightly more effective at inhibiting GABA uptake, potentially making it more promising for treating anxiety.

Another important difference worth noting is that CBG hemp flower has much more delicate trichomes than CBD and THC, so it’s even more important to ensure your CBG flower is properly cured and to choose a supplier that handles and delivers the product with care.

Thanks to expert cannabis breeders and the advancements in seed genetics, we now have hemp strains exhibiting much larger quantities of CBG so we recommend you try it for yourself to see which works better for you, CBG or CBD?

Tags
CBG Flower What is CBG