How Long Does Delta-8 THC Stay In Your System?

There are a number of factors that decide how long Delta 8 remains detectable in your blood or urine. It depends on frequency of usage, your age, how you consume it, your metabolism, dosage, and even which medications or supplements you have taken alongside it. It can be as short as 2 days, or as long as 30 days. Read on to learn more!

Delta-8 THC and how long it stays in your body

In this article I’ll be covering the basics of Delta-8 THC, what it does in your body and most importantly how long it stays in your system.

The bad news for fans of Delta-9 THC is that this article only covers questions regarding D8 so don’t make the mistake of thinking that all cannabinoids stay in your body the same amount of time.

For those of you who aren’t sure what Delta-8 THC is, don’t worry, we’ll give you a short breakdown first so newcomers stick around and be sure to read the full article.

(Veterans and know-it-alls can click here to skip right to the answer, we won’t judge you.)

There are over 100 cannabinoids found in hemp and cannabis plants (cannabis sativa L.) which is about same as the number of Pokemon from the original line-up so don’t feel bad if you get a little confused 🤯

Hemp derived Delta-8 THC has gotten a lot of attention lately because it was the first psychoactive cannabinoid to be legally sold online. As such, it became very popular in the states without a recreational cannabis program.

Delta-8 THC is very similar chemically but less potent than its big sister Delta-9 THC (the psychoactive compound cannabis). It is reported to be about half as potent as Delta-9 THC which means that need to consume twice the amount of Delta-8 to feel as high as Delta-9.

According to a study by Daniel Kruger, a researcher from the University of Michigan, Delta-8 can give you a lot of the same “experiential benefits of Delta-9” (relaxation, euphoria, pain relief and the urge to eat a whole can of pringles) with less of the adverse side-effects.

Delta-8 breaks down in the body and forms another cannabinoid called 11-Hydroxy-Delta-8 THC which is the most abundant metabolite of Delta-8 but does not have any psychoactive properties.

The half-life of Delta-8 THC is reported to be anywhere in the region of 40 minutes to 7 hours long depending on your metabolism. That’s roughly half of the extended edition of the Lord of The Rings boxset – not including behind the scenes and other extras – so if you’re a beginner, start slow so you don’t get freaked out by the eye of Sauron.

You can experience changes to your senses and perception, it can enhance them, but it can also alter them. That doesn’t mean you’ll turn into a Marvel character but you may feel a heightened sense of touch, flavor and emotions. Some people even use is as an aphrodisiac.

Impaired movement can be a possibility, reducing reaction times and giving you coordination problems as a result of this so don’t drive while on Delta-8.

Because of Delta-9 and its reputation for causing neurochemical changes in the brain, it is widely assumed Delta-8 THC could have similar effects, affecting memory and how the brain processes information.

How long does Delta-8 THC stay in your system?

👋 Hi veterans and know-it-alls who skipped ahead, as promised we’re not judging you. Anyway let’s get down to it, the answer to the burning question you all had when you opened this article.

In general, there are a number of factors which decide how long Delta 8 can remain detectable in your blood or urine; it depends on frequency of usage, your age, how you consume it, your metabolism, dosage involved, and even which medications or supplements you have taken alongside it. It can be as short as 2 days, or as long as 30 days!

High metabolic rates break down Delta-8 THC a lot quicker, which can keep the concentration in your system at a lower level too, giving a milder psychoactive effect.

Another very important factor is how you consume Delta-8 THC in the first place.

Inhaling it will make the effects hit you much quicker, as opposed to ingesting it. The catch here is that inhaling means the body will CLEAR the substance much faster too, which is important to remember.

The simplest rule of all is when we talk about the dosage of Delta-8 is, the more you consume, the longer it takes to clear it from your body.

I mentioned earlier that medication and supplements that you take can affect how D8 THC interacts with your body. You see, most medications are broken down by your liver using the same enzyme that metabolizes Delta-8. That ultimately means, that it is going to take a longer time to clear the substances from your body since your liver is working on both medication and Delta-8.

Will Delta-8 show up on a drug test?

For my friends who are oil-rig workers, or simply picked up the wrong packet of gummies while in a rush, this list of drug tests that can detect Delta-8 in the body should be very handy:

💧 Saliva Test – Can reveal traces of cannabinoids in saliva for about 29 days, the frequency of usage being the main factor again here. If you are a casual user, cannabinoids can be detected for about 3 days, chronic users are looking at up to 29 days.

🦱 Hair Follicle Test – This can be the hardest test to pass, since it can detect THC for up to 90 days after you last consumed it. THC enters your hair follicles through your bloodstream, and hair itself grows at a slow rate. In many countries the law does not require that you take a hair follicle test, but when it comes to that area, best to consult with the law in your own country or even workplace. Heads up, a hair follicle test is five times more effective at detecting drugs in the system than a urine test, so perhaps consider shaving your hair off first!? (Could be worth a try.)

💦 Urine Test – The most common test of them all is a little more complicated so let us break it down for you:

Delta-8 THC has a half-life of 24 hours, meaning to reduce the concentration of the substance by 50%, it’s going to take 24 hours (another 24h will reduce that amount by another 50% etc.). Your body can process and get rid of roughly half of the consumed molecules every 24 hours. So a single dose of delta-8 THC can–and is likely–to show up on a urine test for up to 4 days after consumption. As usual, constant users beware, as the THC can be detected in a urine sample for up to 2 weeks after consumption.

If you are here for educational purposes or you’re worried about that drug test in your office; we hope you’ve found this informative, entertaining, and helpful. Until next time, stay safe dear reader. 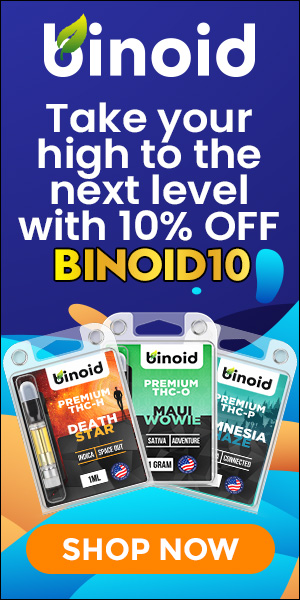 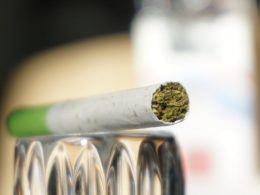 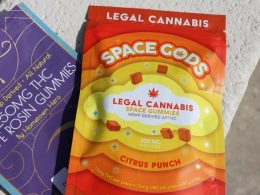 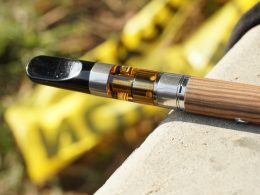 HHC vs Delta 8: Which is better, stronger and how are they different?

After trying countless Delta 8 THC and HHC products, I want to breakdown the difference in high and effect that you should expect from each cannabinoid. Read on to learn more. 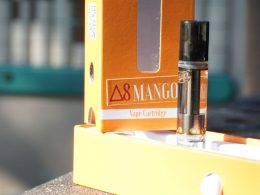 Benefits of Delta 8 THC: What is Delta 8 good for?