CBD flower as a Sleep Aid

As I browse through some of the large CBD flower websites for new strains, fresh from the 2020 harvest, I ask myself… what does a first time buyer make of all these strain names and complicated lab results?

Does buying CBD flower really need to be so difficult and how do i find the best CBD strain for sleep, anxiety etc.?

Most people smoke CBD flower to remedy a specific pain-point in their life. It could be physical pain, anxiety or stress. But by and large, most of us turn to CBD flower to help us sleep.

I don’t want to turn to prescription or OTC drugs that make me feel drowsy or cause dependence. I want a natural solution to my sleeping problems.

CBD as a category is often suggested as a great sleeping aid but most of the time we’re told about oils and gummies, not smokable buds. And no one really helps new consumers understand the difference between Pineapple Haze and Frosted Kush.

In this article I tackle these questions to help you make a better decision about your next CBD flower purchase.
Read more about CBD flower for anxiety 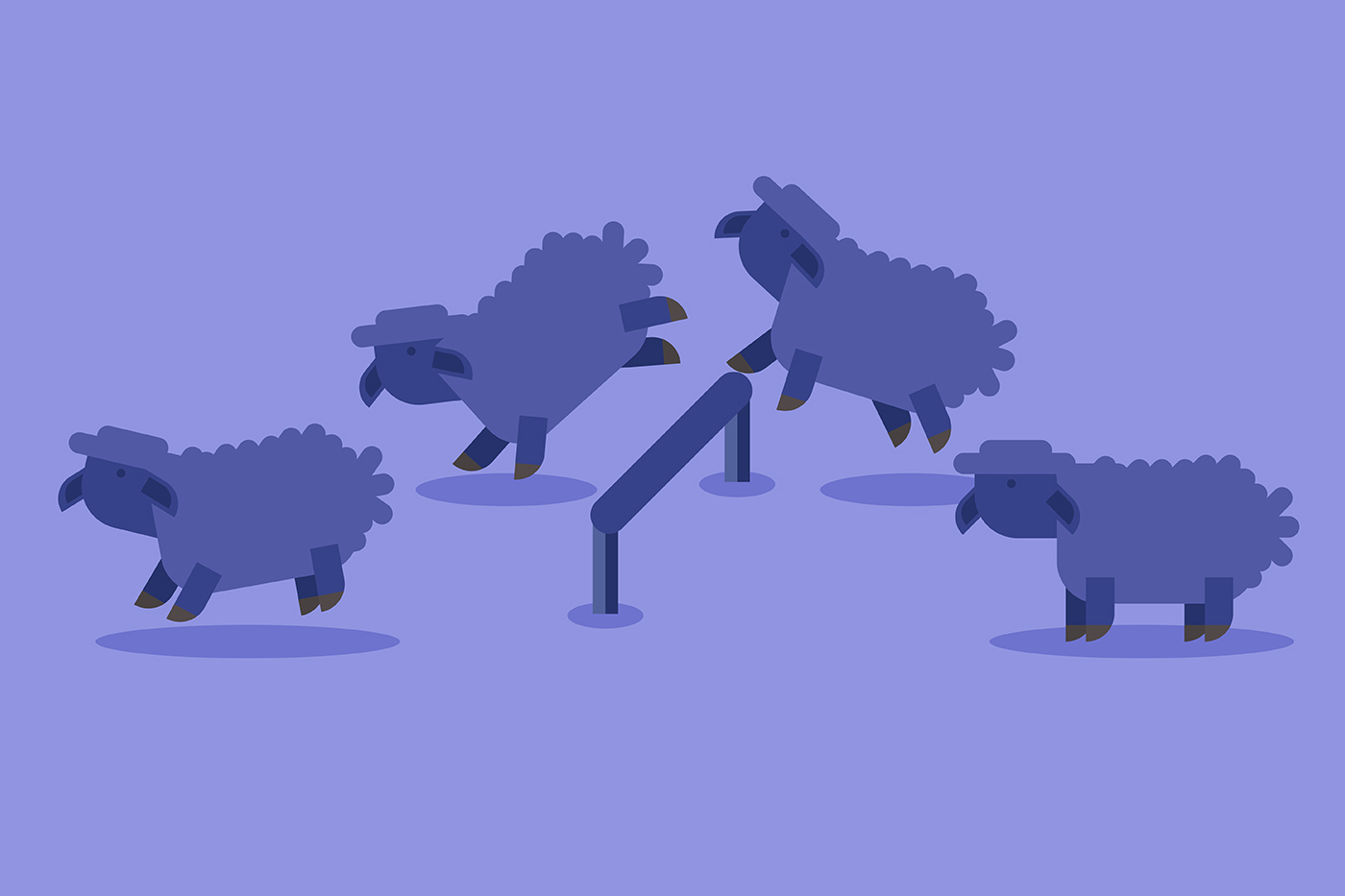 What you should expect

When speaking about CBD flower it’s always difficult to breakdown what to expect. Each person is different and has a different response to CBD in general and smoking it in particular.

If you have difficulties falling asleep at night, you first need to make sure that you put your mind and body in a calm and relaxed state in preparation for sleep. Avoid checking your phone and try to keep your mind on your breathing in order to not spiral in conscious thought.

Use the moment of smoking your CBD as a transition into sleep. Switch your phone to silent and allow yourself to completely immerse yourself in the ritual of smoking the CBD joint.

We also need to tackle the people who switch between THC flower and CBD flower expecting similar effects.

We get emails and comments quite frequently saying that CBD flower is very disappointing and that it had no effect. That you can get better effects from the cheapest cannabis in your local dispensary.

There is a misconception in parts of the cannabis community that CBD is here to compete with THC.

That is simply not true.

CBD and THC are two different chemical compounds that react differently in the body and if CBD had the same effect as THC, then it would be regulated in the same way.

My best advice to people who smoke cannabis and are curious about CBD flower is to get creative. Mix the flower in different ratios to see if the effects are more inline with what you were hoping for.

Unlike CBD oils for sleep that can take up to 30 minutes before having any effect. CBD flower gives you and almost instant relaxation.

That is because tinctures need to enter your bloodstream via blood vessels under your lip and edibles need to pass through your liver before entering your blood.

Smoking however, is effective within minutes. You’ll feel your shoulders, neck and back start to soften up and relax. Depending on the strain (more on that below), you might feel your eyebrows drop and your eyelids get heavy.

If you opt to eat CBD gummies or capsules, you are advised to take them around an hour before bedtime to improve your sleep.

Learn more about the benefits of smoking CBD here

A low dose of CBD may actually boost energy

Some studies show that low doses of CBD actually increase alertness and boosts energy instead of making you feel sleepy.

So if you are curious about using CBD flower as a sleeping aid, you might be better off diving in head first rather then starting slow.

The good news is that one full CBD pre-roll should be enough to put you in a relaxed and calm state. So unless you’re sharing between more than two people, you should be fine. 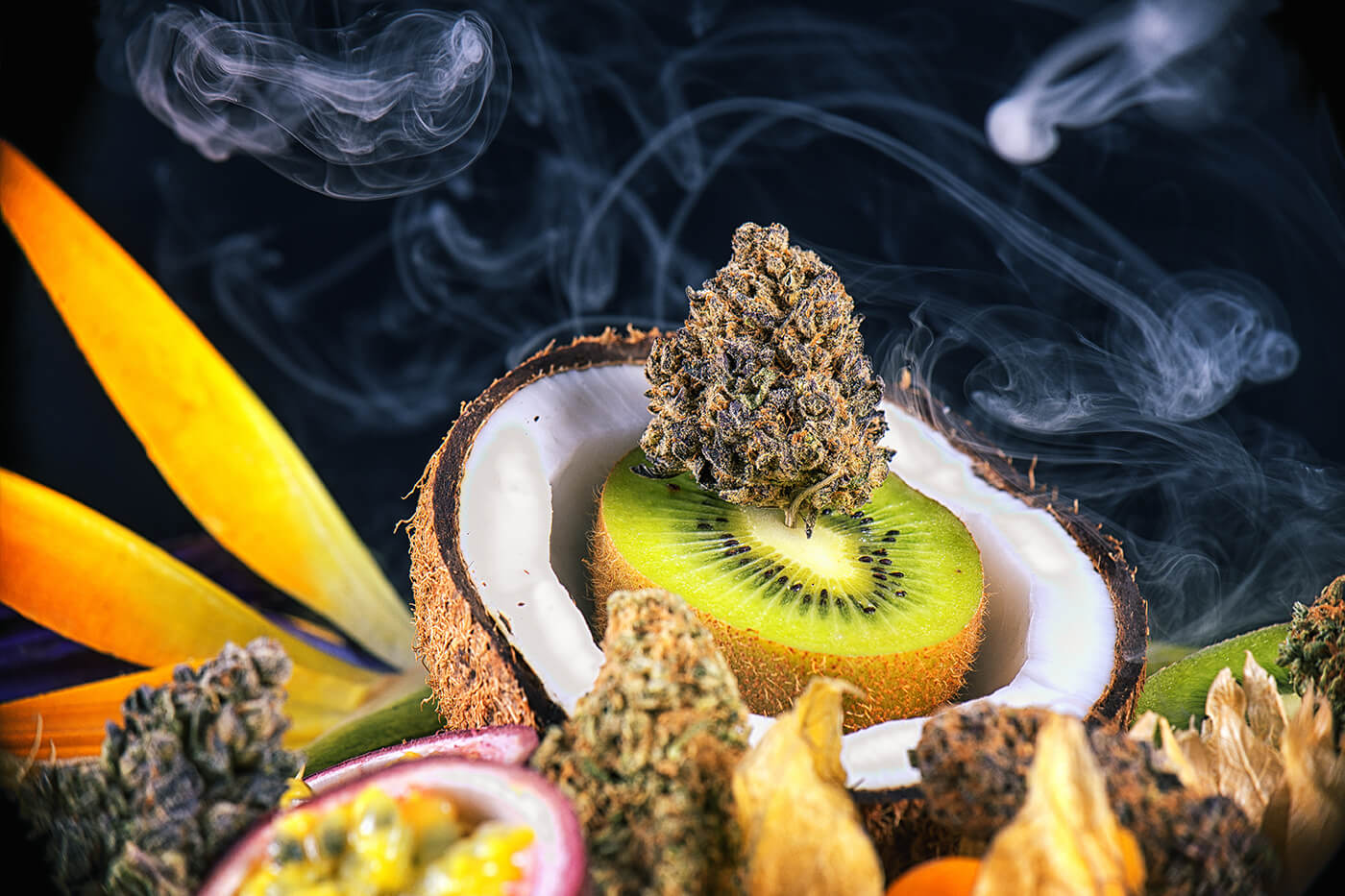 Sure, there are over the counter and prescription sleep medicines that may be more effective. But the question is always what else is in the bottle.

CBD flower taps into your body’s endocannabinoid system by 100% natural means to deliver a peaceful nights rest. You are not forcing melatonin levels up or dulling energy systems.

There is also no (known) risk of overdosing, almost no side-effects, or prolonged dizziness associated with CBD flower like there are with prescription drugs.

It can be overwhelming to pick a CBD strain when even the best CBD vendors are pretty bad at letting you know what the effects of each strain is.

Sure, they might tell you if it’s an Indica or a Sativa or even breakdown the different dominant terpenes in each strain.

But what does all of that mean to the general consumer? How are we supposed to know which strain will boost my energy and which will put me to sleep?

In order to be better equipped to make educated decisions about your CBD flower you need to learn a little bit about CBD percentage, total cannabinoid percentage and terpene profiles.

Yes — The CBD percentage gives you an indication of the potency of the strain. But what it doesn’t tell you is how the CBD works in concert with the other cannabinoids in the plant.

In fact, CBN and CBG are two other cannabinoids that have great effect on your sleeping patterns as well as your body’s anti-anxiety and inflammatory systems.

Those cannabinoids are not counted towards the CBD percentage in the flower.

The way that ALL of these cannabinoids work in concert with the terpenes and flavonoids is what gives way to something called the entourage effect. The entourage effect is truly the best and only way to look at the potency of CBD flower.

Each strain of hemp flower contains a unique combination of terpenes that is referred to as the strain’s terpene profile.

In a nutshell, terpenes are organic compounds that are found commonly in nature and are largely responsible for the aroma and flavor of flowers, plants, and trees. Hemp and cannabis is naturally very terpene rich which is why they are so aromatic and therapeutic.

There are hundreds of known terpenes in the hemp plant but the most prominent and therapeutic ones are usually boiled down to 13.

Out of these 13 main terpenes, there are some that have mood boosting and energizing effects and other that are sedating and tranquillizing.

Below is a list of the 13 most important terpenes with the sleep inducing and relaxing terpenes marked out in purple.

When you look for a sleepy CBD strain, make sure to check the terpene breakdown to verify that the terpene profile matches your needs.

Learn more about the terpenes in hemp here

Try a variety of CBD flower vendors to see which version of each strain fits you the best. They will all differ slightly from company to company and from harvest to harvest.

In general there are a few strain names and patterns that will help guide you in case you don’t have access to terpene profiles and lab results etc.

Strains with a name containing Kush are usually very relaxing strains that help you sleep. You want to stay away from strains with Haze in the name since those strains tend to be very uplifting and energetic.

The 9 best CBD flowers for sleep are

Article written by CBD Incubator: We are mad scientists who try every CBD product that we get our hands on. Our collective of reviewers range from athletes to grandmothers and even cats and dogs. We do the research for you and gather it in digestible articles and product reviews to help you make informed decisions.