What is a Haze Strain?

To the average person, the word “Skunk” is used to describe something that has a strong and foul odor. To cannabis is and CBD flower connoisseurs however, the word has come to mean something quite different.

Skunk weed can be traced back to the original Skunk #1. A strain that was first bred in the early 70’s in the San Francisco Bay Area. Before the 70’s, most cannabis that you could grow or buy was Landrace strains. Purebred cannabis that grew natively in the wild in a select few areas around the world.

Some genius grower in California decided to cross a few different Landrace strains to produce the first Skunk strain ever made. It was a cross of Acapulco Gold (S), Colombian Gold (S), and Afghan (I) Landraces which resulted in a powerfully scented, euphoric and relaxing strain with citric aromas.

The yield was large and the strain was easy to grow so pretty soon Skunk #1 was the most popular cannabis strain in the US and later became a key pillar of cannabis strains all over the world.

What is Skunk weed?

Skunk weed is a crossbreed of Acapulco Gold (S), Colombian Gold (S) and Afghan (I) Landrace strains. Skunk #1 is one of the first crossbreeds of cannabis ever to become popular nationwide. Still today, people are fanatic about smoking Skunk all over the world.

In the UK, Skunk is usually used as a collection name of very strong weed with a powerful and pungent smell. 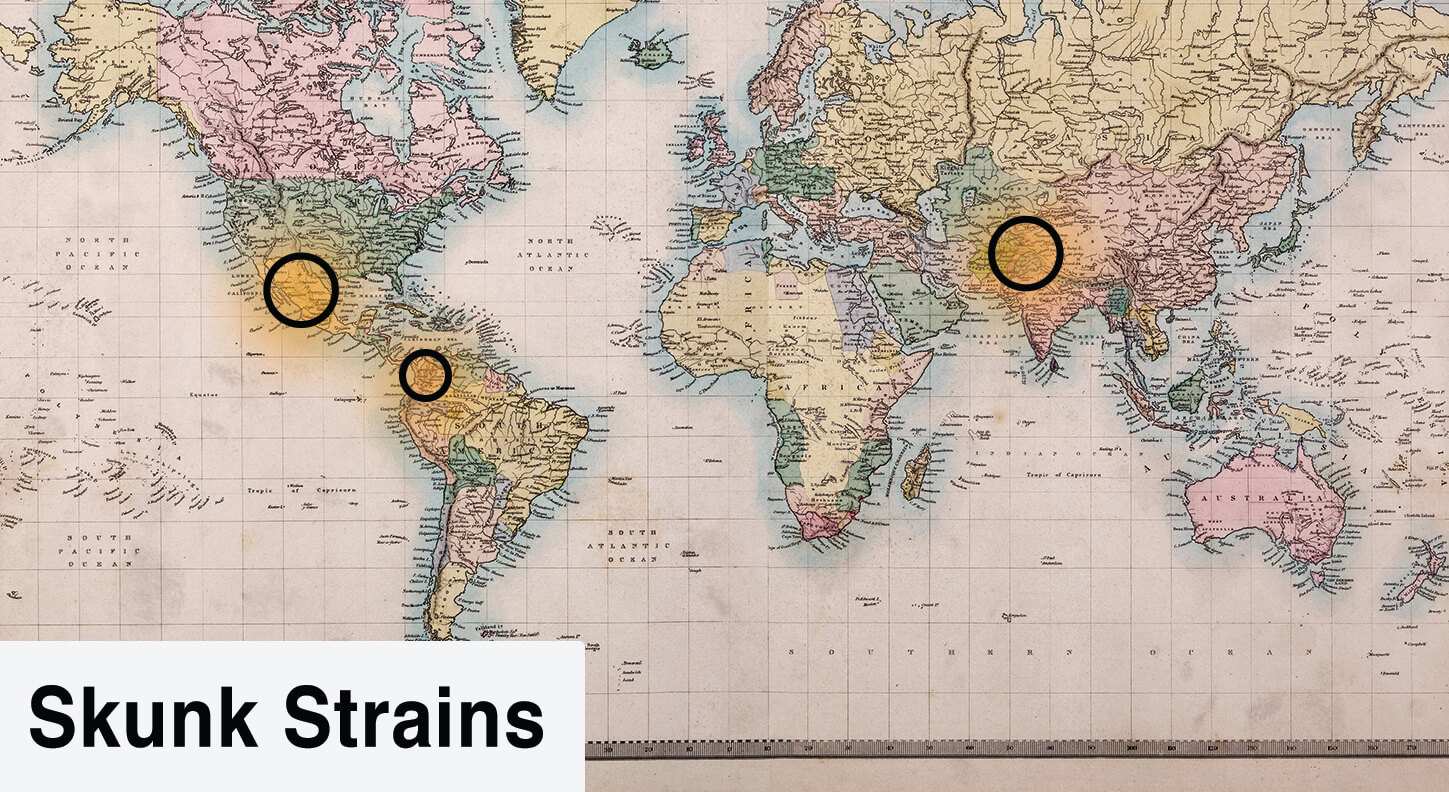 Characteristics of a Skunk Strain

As you might imagine, Skunk strains have a dank and pungent aroma that makes itself know in the same way that a skunk does. A sharp citrus smell with a piney and cheesy undertone.

In order to be a true Skunk strain it needs to be a descendant of Skunk #1. However, the word skunk has been so confused with poor quality street weed that it can be hard to decipher what someone means when they say that they’ve smoked some Skunk.

You can grow Skunk weed anywhere. In fact, it’s beloved among first time growers for its easy to care for plants and large yields. The original Skunk strain was grown in San Francisco in the early 70’s.

The first parent: A crossbreed of Acapulco Gold and Colombia Gold forms the mother plant.

The second parent: Afghani makes up the other parent.
Learn about the original cannabis Landrace strains

Skunk weed is usually well balanced between mind and body high. The effects are potent and give an uplifting and euphoric feeling while letting your body and muscles relax. It’s “functional weed” meaning, you can generally smoke Skunk and go about your day pretty much like normal. Not like heavy Kush strains that have a tendency to know you out…

You’ll feel sharp notes of lemons and gassy undertones. Although the scent is very strong, there is a very pleasant and harmonious feel to it. It’s one of those dank, pungent aromas that you just can’t stop putting your nose to.

The flavor is equally dank. You can truly taste the pine and citrus and as you exhale you’ll get all those floral and gassy undertones that are so wonderful with Skunk cannabis. 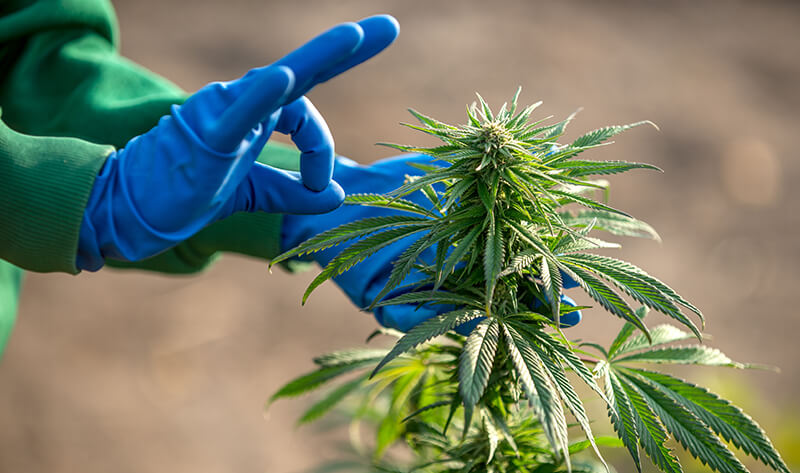 Article written by CBD Incubator: We are mad scientists who try every CBD product that we get our hands on. Our collective of reviewers range from athletes to grandmothers and even cats and dogs. We do the research for you and gather it in digestible articles and product reviews to help you make informed decisions.