Delta8 THC in a nutshell

We explore the fascinating possibilities behind Delta 8 THC, the lesser-known “sister” of Delta 9 THC, which is the cannabinoid most think of when hearing THC. There’s a lot to know about THC Delta 8 and how it works.

While only two are widely known, cannabidiol (CBD) and delta-9-tetrahydrocannabinol (THC), the cannabis plant produces over a hundred distinct cannabinoids.

Each one has a different effect on the body, and we don’t fully understand the effects of many, even those that have been widely studied.

What we do know is that cannabinoids imitate naturally occurring compounds in the human body known as endocannabinoids.

Endocannabinoids mediate communication between cells. As you can imagine, being the human body is composed of cells, these compounds have wide-reaching health effects—again, that we don’t yet fully understand.

Different cannabinoids bind to or affect different receptors within the endocannabinoid system and produce varying effects. This aspect is part of why different strains of cannabis and hemp produce different effects.

THC binds with CB1 and CB2 receptors, which are primarily found in the central and peripheral nervous systems. These receptors seem to have behavioral and cerebral effects, leading to the “high” THC causes.

On the other hand, CBD works indirectly by stimulating the production of endocannabinoids, such as anandamide, the bliss molecule. It also affects serotonin receptors and immune system function. That’s why CBD is more commonly used for therapeutic purposes and produces no psychoactive effects.

All forms of the cannabis plant, from hemp to high-grade medical marijuana, contain some level of CBD, THC—and Delta 8 THC—among other cannabinoids. 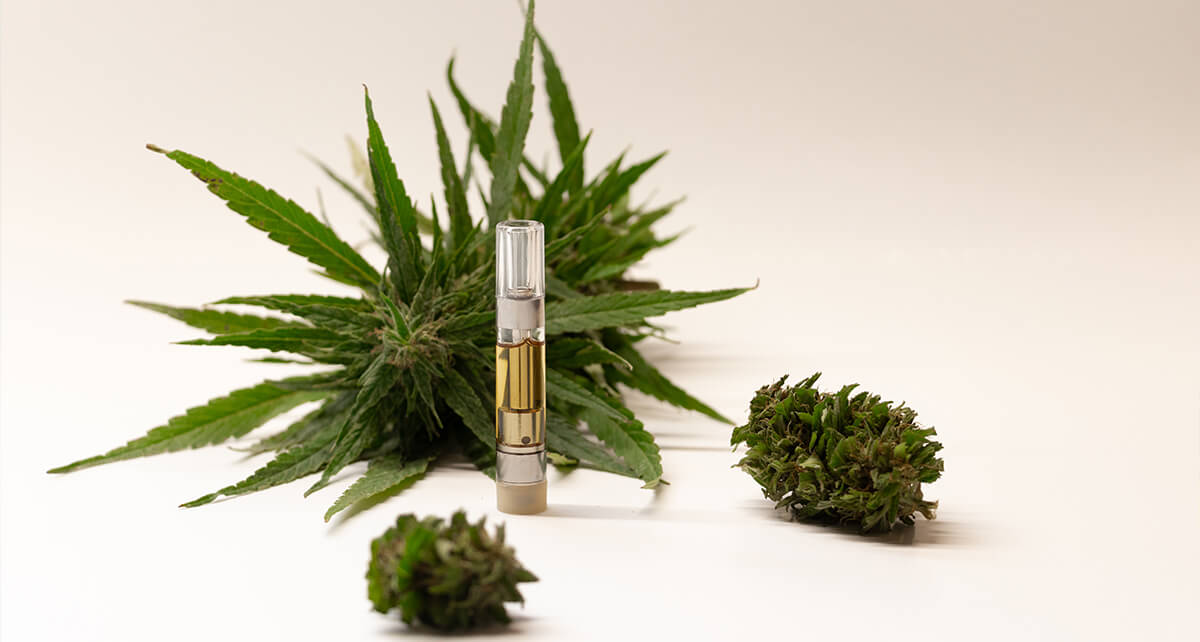 What is Delta 8 THC?

Delta 8 tetrahydrocannabinol is an “analog” of Delta 9 THC with a very similar molecular make up — just a few different atomic bonds.

Some even believe that Delta 8 may be formed as Delta 9 degrades, which could explain why it’s found in such low levels in the cannabis plant. While Delta 9 THC can reach levels as high as 30% in some cannabis strains, Delta 8 rarely exceeds 1%, regardless of strain.

Delta 8 THC is also only found in plants with some level of Delta 9, though keep in mind that even hemp contains low levels of Delta 9.

While Delta 8 also binds with CB1 and CB2 receptors just like Delta 9, the effect is less pronounced and doesn’t generally produce psychoactive effects although it is known to give a head buzz or euphoric high which is why it has become so popular as of late.

What is the Difference Between Delta 8 THC and Delta 9 THC?

On the surface, Delta 8 tetrahydrocannabinol is different from Delta 9 THC only because of a small shift in a single chemical bond.

Some people claim that Delta 8 THC has more substantial positive effects than Delta 9, but without the cannabis-related risk of paranoia. Others say the high from Delta 8 is longer lasting.

Like any cannabinoid products containing THC, Delta 8 has effects that can vary from person to person.

How Are Delta 8 THC Products Made?

As mentioned, Delta 8 THC is found in very low concentrations in all forms of cannabis. That’s one reason prior to the loosening of cannabis regulation in the US (and other parts of the world), most notably the passing of the 2018 Farm Bill, Delta 8 received very little attention.

As the industry has grown, more advanced extraction techniques have grown with it, leading to methods of increasing Delta 8 production and isolating it, namely, distillation, selective breeding, and molecular isolation.

A method of converting CBD into Delta 8 THC was also discovered, which significantly increased its market feasibility. Why not Delta 9 THC? We’ll get to that in a moment—hint—it’s a matter of legality. 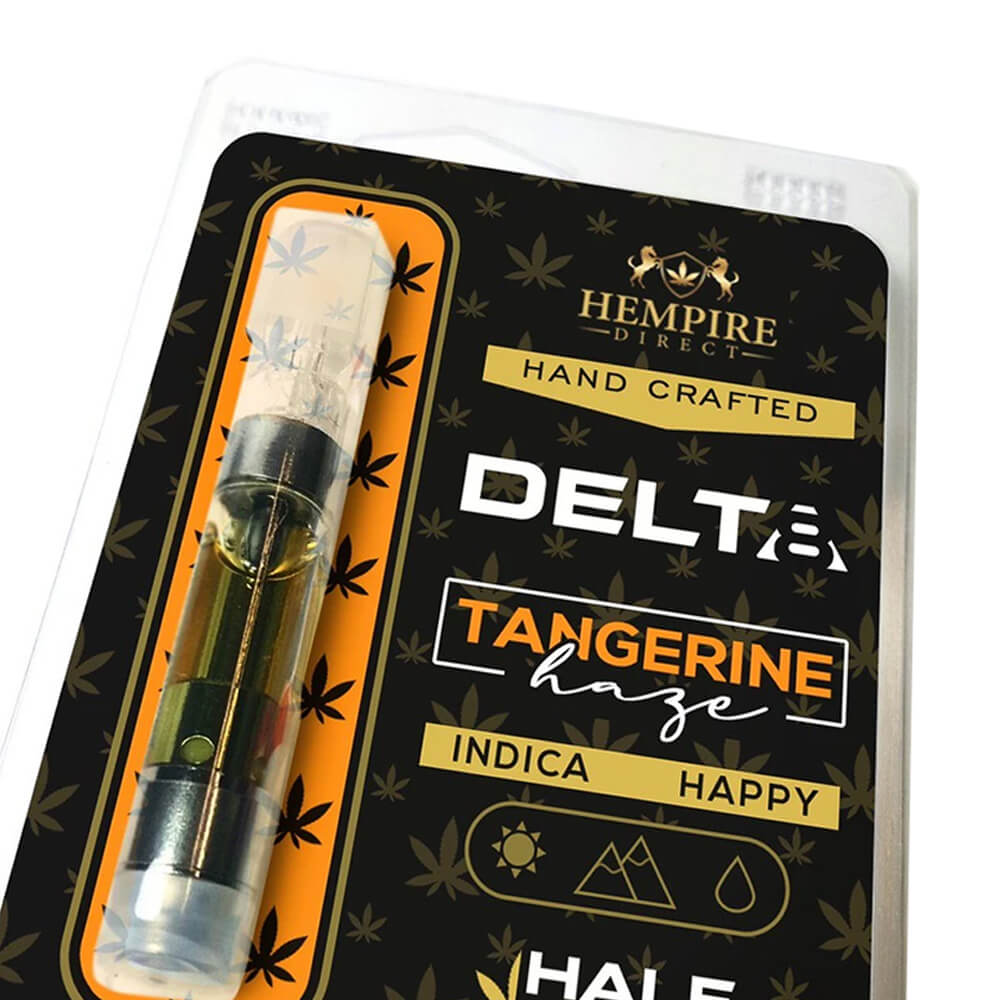 As the leader in Delta 8 THC vape cart market, Hempire Direct has some of the best Δ8 Vape carts available. They come in many flavors and at great prices.

You’ll do best in buying them now because the clock is ticking and the jury is still out on the legality of Δ8 THC.

How Do You Use Delta 8 THC?

As Delta 8 THC’s extraction methods lead to concentrate or distillate, it can be purchased for use in a variety of forms.

You can get vape cartridges, or “carts,” loaded with concentrated liquid. However, vaping using Delta 8 THC carts is probably one of the least enjoyable options.

Delta 8 THC cannabinoid-infused edibles, such as gummies, are also widely available. These are good if you need a discreet method of consumption.

Remember to keep all CBD and THC items, especially appealing edibles, away from minors.

Much like CBD, you can dab-on infused oils or take tinctures sublingually. An infused cream can be helpful after a good hard workout or a day of heavy lifting. Just rub the cream on the area that feels stiff or tight.

Some cannabis growers mist down their harvested flower with Delta 8 THC concentrate. If you prefer smoking CBD flower, this can be the easiest way to access a higher Delta 8 concentration. Keep in mind that this is only an option for hemp flower with THC levels within the legal limit or if you live in a state where marijuana use is legal.

What Are the Effects of Delta 8 THC?

While we touched on this briefly already, to quickly recap, Delta 9 THC interacts with the CB1 and CB2 receptors in your body’s endocannabinoid system, producing a euphoric “high” effect. Delta 8 THC has a lower psychotropic potency than Delta 9 THC, meaning it won’t get you high.

Most users describe its effects similar to CBD, but also noted feeling “clear-headed.” It’s relaxing and non-sedative. It can be uplifting when your mood feels off. It’s great for evening use if you have a busy schedule the next day.

Some users also suggest dosing with Delta 8 makes it easier to notice positive cannabinoid reactions when coupled with other cannabis products. Others report that Delta 8 THC makes them feel much better than Delta 9.

There is a lot of conversation around what constitutes “legal THC,” and this is where Delta 8 THC coming from hemp becomes important. Marijuana, and THC derived from it, is still classified as a schedule 1 drug and is illegal on a federal level. However, as of the 2018 Farm Bill, hemp and any cannabinoid derived from it are not.

Per section 297A of that bill: ‘‘The term ‘hemp’ means the plant Cannabis sativa L. and any part of that plant, including the seeds thereof and all derivatives, extracts, cannabinoids, isomers, acids, salts, and salts of isomers, whether growing or not, with a delta 9 tetrahydrocannabinol concentration of not more than 0.3% on a dry weight basis.”

As Delta 8 THC can be made from hemp-derived CBD, it sneaks into a grey area of the law and is technically legal—so long as it’s made from hemp and contains no more than 0.3% Delta 9 THC.

Getting hemp flower from a compliant grower can help you protect yourself against running afoul of cannabis laws.

Your first move should be identifying a safe source of hemp-derived cannabis. Then you can start digging deeper into primary and secondary cannabinoids. Only use products that fall below the federally approved THC limit, and stay informed about and in compliance with state and local restrictions.

UPDATE:  In August 2020 there were updates to the legality of CBD, hemp and Delta8 THC. Read more here.

As the leader in Delta 8 THC vape cart market, Hempire Direct has some of the best Δ8 Vape carts available. They come in many flavors and at great prices.

You’ll do best in buying them now because the clock is ticking and the jury is still out on the legality of Δ8 THC.

While Delta 8 THC is legal, you could run into issues if, whether for employment or other reasons, you have to undergo drug testing.

CBD, which is almost exclusively derived from hemp, may or may not show up on a drug test. THC, including Delta 8, is much more likely to show up. If you’re worried about an employer’s no-tolerance policy, using a THC cannabinoid of any kind might be a poor choice.

If you have questions about using Delta 8 THC, get advice from a legal professional. Any form of THC cannabinoid, including Delta 8, could cause effects on your body and mental status. If you don’t know how you will react, use Delta 8 THC first in the safety and privacy of your home.