A Synthetic Weed Of Sorts

As CBD products continue to dominate the natural health and wellness markets, news of biosynthetic cannabinoids may, or may not, have already caught your attention. 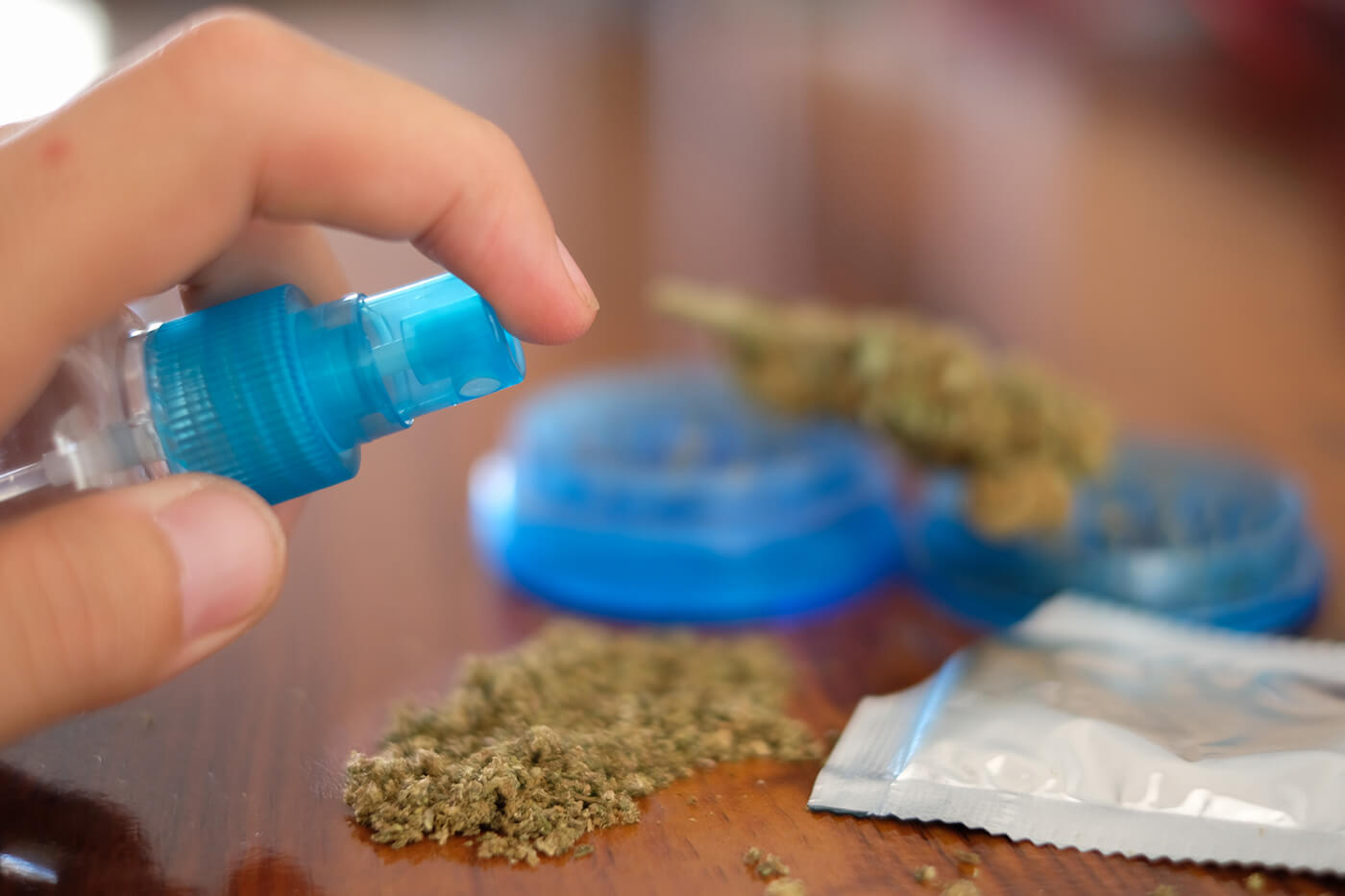 Biosynthetic cannabinoids are cannabinoids (such as CBD) that are grown in the lab using biosynthesis technology, as opposed to being synthesized from man-made chemicals, or extracted directly from cannabis or hemp biomass.

We’ve been using biosynthesis technology since the 1970’s, to produce insulin along with 400 other pharmaceuticals, and now scientists are looking to biosynthesis once more as an indoor factory for producing popular cannabinoids.

Biosynthesis is the name given to the technology that grows molecules using living cells. Algae, bacteria, and yeast, are all commonly used in biosynthesis, essentially as units of production.

Let’s take a quick look at synthetic cannabinoids first, since these have been around for much longer…

Synthetic cannabinoids are a class of molecules that bind to the same CB1 receptors as THC, resulting in similar psychoactive effects that make the user feel high.

Commonly sprayed onto plant matter, they are sold as herbal incense or smoking blends, under the names “spice”, “K2 weed”, or even “synthetic weed”.

A large variety of synthetic cannabinoids have been developed to avoid the legal restrictions that exist for cannabis, and oftentimes the packages are marked with text stating that they are “not fit for human consumption” to avoid any legal backlash from “misuse”, although clearly the product is intended for smoking purposes.

Synthetic cannabinoids side effects include;

Users have also reported feelings of addiction with a strong impulse to redose, withdrawal symptoms, and severe and persistent cravings.

There have been several deaths linked to the use of synthetic cannabinoids, as opposed to zero deaths for naturally cultivated, plant-grown cannabinoids.

We do not recommend using synthetic CBD over naturally derived CBD at any time.

Always check the CBD source of your products before you buy them. Don’t be fooled by words like “pharmaceutical-grade” either, as there is only one pharmaceutical-grade CBD product on the market, and that is the FDA-approved drug, Epidiolex, available only on prescription.

“Synthetic cannabinoids are a class of molecules that bind to the same CB1 receptors as THC, resulting in similar psychoactive effects that make the user feel high” 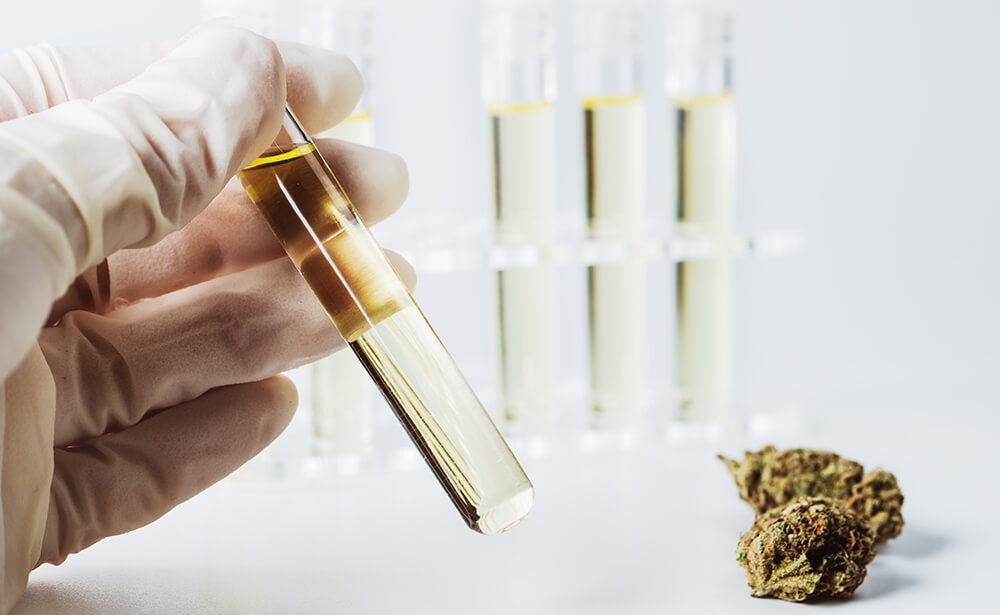 Scientists have managed to engineer the metabolism process of yeast so that rather than converting sugar into alcohol as it usually does, it converts sugar into CBGA instead.

If you’ve read our post on “What is CBG Flower?”, you’ll already know that CBGA is known as the “stem cell”, or “mother” of all other cannabinoids.

In other words, all cannabinoids start out life as CBG and therefore scientists are able to manipulate this new “fermented CBGA” into numerous other cannabinoids, including some “unnatural” cannabinoids that don’t even exist in nature.

The reported benefits of growing cannabinoids in the lab, according to some, include increased purity, a reduction in costs, and a lower carbon footprint.

Investors in biosynthetic cannabinoids believe that given time these fermented cannabinoids could turn the cannabis industry upside-down.

All of the same cannabinoids (CBD, THC, and other minor cannabinoids) that can be found in cannabis and hemp, can now be grown in a lab.

Learn more about the difference between CBD and THC here

Could Biosynthetic Cannabinoids Be the Future?

We’re not so sure…

While there are plenty of people that are quick to claim these biosynthetic cannabinoids as the future of cannabinoid medicine (in fact, most of the articles you read on the subject will say so), they’re completely ignoring the data available on the entourage effect.

It remains a fact that cannabinoids work better in synergy with all of the other naturally occurring plant compounds.

As isolated molecules they have a limited dose window that, if exceeded, beneficial effects actually begin to decline, generating a bell-shaped response curve.

Dr Ethan Russo, Director of Research at the International Cannabis and Cannabinoids Institute, is also adamant that “the plant does it better”, as he stated in a recent article in Frontiers in Plant Science.

“The plant does it better”

He has said that the evidence supporting cannabis synergy means that fermenting a mix of cannabinoids and terpenes in the lab, that achieve the same effects as the real deal, will be a lot more complicated, and costly, than scientists are letting on.

Much lower doses of full spectrum CBD (whole plant extract) are needed, against pure CBD isolate, to exert the same desired effects in epilepsy, for example.

The same was true of their ability to alleviate many other symptoms, as observed in a data meta-analysis of research available on the subject.

For this reason, we don’t think you should get too excited about the promise of fermented cannabinoids just yet, as they can’t compete with the efficacy of all-natural, whole plant extracts.

One minute they’re growing meat in labs, the next minute it’s cannabinoids. Whatever next?!

While biosynthetic cannabinoids is certainly an exciting development, especially for big pharmaceutical companies, it’s very important that as a customer you understand where your cannabinoids are coming from.

How scientists plan on overcoming the benefits of the entourage effect, which is offered by whole plant extractions, remains to be seen. When we know more, you’ll know more.

How to Make CBD Oil

What is THCV? A Guide to THCV and its Potential Therapeutic Benefits

How to make a geeb: Gravity Bongs 101

How to work out your ideal CBD dosage

A Guide to Microdosing CBD

Can you travel with CBD?